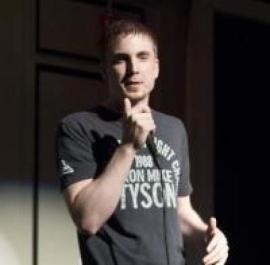 Tyler Moore, originally from Palmer, MA, has been regularly performing stand up comedy out of Central Massachusetts. He has quickly made a name for himself with his quick wit, consistency and one-liner style. He has proven to be one of the strongest openers and hosts in the area.

Tyler has opened for some of the most popular veteran acts throughout New England, as well as some national acts.

Tyler has performed at The Comedy Connection, Comix at Foxwoods, Joker's Wild Come