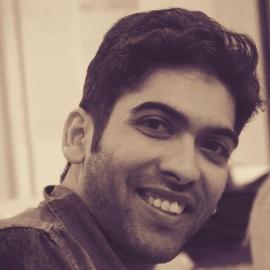 Tahaa Kahn is one of the rare comics with heritage from both Middle Eastern & South Asian background.
He is generally performing stand up at bars, coffee shops , strip clubs and restrooms across the Newyork City. When 'Kahn' is not telling tales about his dysfunctional family and weird traveling encounters in Europe. You can find him having an imaginary argument in your head.
Follow him in insta @tahaakahn

101 Comic world series of Comedy.
NBC 3rd round 2018 nyc diversity comic
Several comedy clubs across US
Please Sign In or Sign Up to add a comment