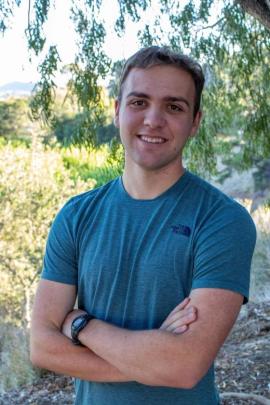 David Uhlfelder is a young up-and-coming stand up comic who was raised in the Colorado wilderness. He managed to escape the frostbite and annoying tourists and move to the central coast of California to become a comedian. He has now performed at clubs and bars all over the country as well as Berlin, Germany. David has now opened for the likes of Taylor Tomlinson and Trevor Wallace, and has been featured on ESPN3, Lego.com and in some indie movie he can’t remember the name of. He is also the founder of SLO Comedy Underground and was runner-up at the 2020 Aspen Laughs Fest Comedy Competition.