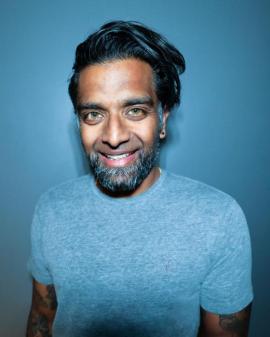 My name is Sanj Surati and I am an award winning comedian and improv artist. To date I have done 193 shows 143 of them have been in London, 4 of them have been in New York City, 2 of them have been in Hollywood and 17 have been done digitally. I now have a loyal following and am doing a lot of TV and film at the moment including ITV, Sky, Marvel & Disney. Ive supported some big names including, Simon Brodkin, Andrew ONeill and Arthur Smith. Ive also done Edinburgh, Nottingham and Brighton Fringe. I am also a Trustee at the English Touring Theatre. I am also officially part of the MCU.