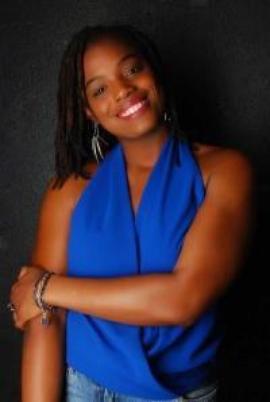 Described as Moore by name and moorish by nature, Thanyia Moore has always held a love for comedy, but despite a background in acting and dance, her confidence to tell jokes on stage, came much later in life.
Her 'matter of fact' stage persona coupled with her lovely smiling face and manic work rate have propelled her into being one of London's hardest working emerging comedians.
2013 saw her take home the coveted, Best Female Newcomer Award, at the Black Comedy Awa