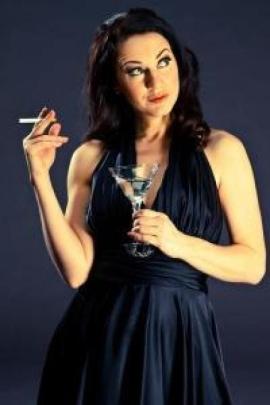 Longer Bio: From Waitress to Vegas: Stacy Kendro started working as a cocktail waitress in the heart of Bostons theatre district back in the day, and has developed into a seasoned comedian who performs at casinos, theatres and comedy clubs. Her somewhat autobiographical stand up is a fun roller coaster ride of jokes and anecdotes. Her spirited, yet acerbic Boston view of the world will win you over as this sometimes Phyllis Diller sometimes Roseanne femme fatale will tickle your funny bone. Since moving to New York in 2014, Ms. Kendro has appeared at many clubs including the Broadway, Dangerfield's, and Gotham. She also runs her own monthly show in the heart of the village at Greenwich Village Comedy Club and she is a regular in Las Vegas.