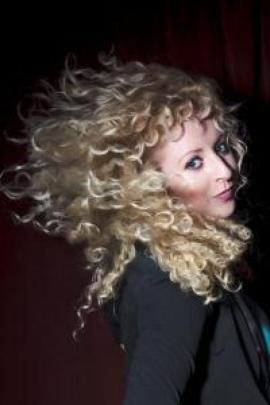 Niamh has been travelling all around Ireland, the UK and Scotland gigging to very different crowds of people. Over the years her audience has varied from 4 people to 4,000 people.
Niamh Marron has also supported Pj Gallagher, David Mc Savage, Foil,Arms&Hog and Gearoid Farrelly. She performed along side popular bands in the Vicar St venue for 'Dublin Does Comic Relief', and later again in the same venue alongside comic legends Eddie Izzard, Tommy Tiernan and Dara O'Brien.
In 2013 Niamh ma

Niamh has been travelling all around Ireland, the UK and Scotland gigging to very different crowds of people. Over the years her audience has varied from 4 people to 4,000 people.

In 2013 Niamh made it through to the judges round on Britain's Got Talent. She performed in front of 4,000 people in the SECC arena in Scotland and received 4 yes's from the judges.

She has written for Channel 4 Comedy, BBC1 and BBC3.

Niamh is one of five comedians that stars in the new TV3 Comedy show 'The Stand Ups' coming out in October 2014. She will also be staring in Neil Delamere's new RTE2 show 'Holding Out for a Hero' seen on our screens later in 2014.

Niamh's energetic, bold and daring style of comedy makes her original and memorable.

Winning many awards including Show Me The Funny, Kusanta Comedy God, Angelic Banana Smackdown, Tallaght Comedy Night.
Runner up of the prestigious UK's Funny Women Awards in London.
Finalist of RTE's New Comedy Awards and Bulmers Nothing But Funny.

(TV3) - Britains Got Talent, Things we Love and Hate, Ireland AM, Take Me Out, Late Lunch Live.

'Niamh Marron combines frenetic delivery with her apparent innocent demeanour, getting away with her saucy material. Her fast and furious style wowed the judgesâ?ť. Funny Women Magazine

"Very likeable and endearing. I can see you having your own show with your character." Amanda Holden, Britain's Got Talent

'Bubbly and fast talking, Marron's style is gleefully self depreciating. The night ended on a high.â?ť Entertainment.ie