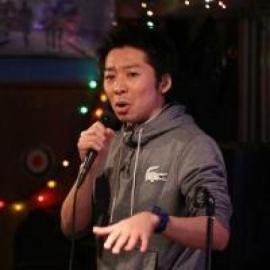 I'm a Japanese stand-up comedian who performs in English. I quit my job and went to the United Kingdom to do stand-up comedy. I like to introduce funny things about Japan to foreigners and was a 2017 London Comedy Store King Gong comedy show finalist. I started English stand-up comedy after my graduation, and had more than 800 times experience of performance in Tokyo, New York City, and London.
I have been hosting a English stand-up comedy show in Tokyo for tourists. . The show got totally bout 1,000audiences and more than 300reveiws so far in the Airbnb experience. My solo show is called "Get a comedian?s take on life in Japan". This is it.