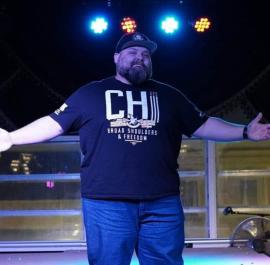 Lee Cross left his promising career in community theater to follow his true passion of stand up comedy. Inspired by watching Jeff Foxworthy, Robin Williams, Larry the Cable Guy and many other great performers he knew this was his calling. Laughter is the best medicine and even though he isn't a doctor, he has used his gift to help crowds laugh. His belief is "If I can make one person's day a little better with laughter I've done my job". Hailing from Bryan, TX he has performed in venues nationwide, most notably the The Secret Group in Houston, Acme Comedy Club in Minneapolis and many other venues. His storytelling and quick wit humor has entertained thousands.