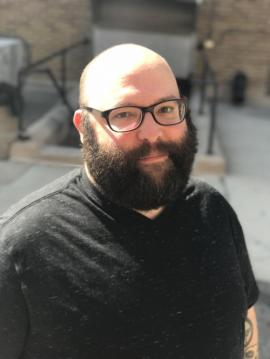 I am a comic, trivia host, and booker in Aberdeen, SD

Originally from West Tennessee, Jon Boon is one the founders of the Aberdeen, South Dakota comedy scene where he hosts a hilarious Pub Trivia every Wednesday at Dempsey's Brewhaus.

Even though Boon started doing stand up later in life than most comedians, Aberdeen Magazine & The Aberdeen American News found it in their hearts to feature him in cover stories about local comedy. Jon was selected and featured in the Sno Jam Comedy Festival in Sioux Falls and was lucky enough to share the stage with comics from all over the United States.

Since then, Boon has shared the stage with so many incredible comics, including Mary Mack, Timmy Williams of WKUK, and Mike Brody. He also hosts the monthly Last Sunday Open Mic at the Hub City Station Event Center.