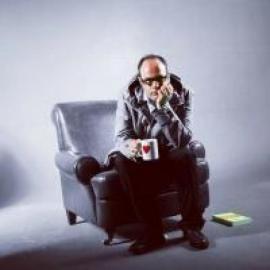 Quotes
Fran Garrity: Had a bit more 'bite' than most on the bill, and the crowd took to it with energy. His self-deprecating stuff about his Teesside heritage was gritty and punchy, backed up with a keenness in observation and a good turn-of-phrase. The Stand (Newcastle) Feb 2017.

Fran Garrity has an easy and instant rapport with the audience and not only gets frequent laughs but also they are always big laughs. Agraman at Buzz Comedy April 2017

This month welcomes headliner Fran Garrity, who has kicked on massively over the last couple of years, with a sell-out solo show and some captivating material that delivers big laughs, Fran is a real act to watch out for.