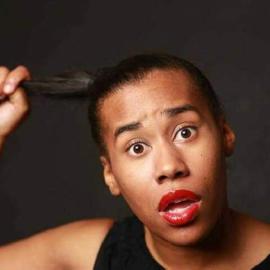 Dominique Davis, also known as ‘Variety D’, is an actor and comedian who performed at Dave’s Disabled Comedians’ Showcase produced by UKTV & Phil McIntyre Entertainment.
Her credits include
The Judi Love Show (BBC Radio London) and Two Birds In A Park (BBC Radio 4).
Variety was named the ‘Baby Girl of Comedy’ when she started doing stand-up at the age of 16. Since then she has performed at comedy clubs and venues around the country such as The Drum Theatre (Birmingham), Broadway Theatre (Catford), Lyric (Hammersmith) as well as Edinburgh Fringe Festival.
Lastly, Variety D is now known as the ‘First Black, Female, British, Disabled Comedian’ … so far in her era.