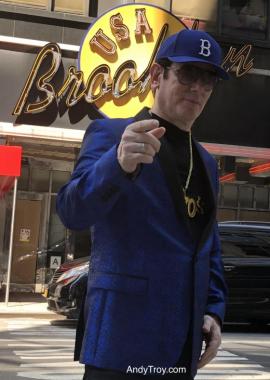 Andy Troy has appeared on "The Tyra Banks Show", hosted an episode of "Cake Boss" & been the subject of Insight Film's TV pilot, "The Straight Goods". He was chosen for this year's Pocono Comedy Festival and was recently featured in an episode of, "Transparent Film Festival”.
In a career spanning 30+ years, he's performed at The Broadway Comedy Club, Stand Up New York, PIPS, The New York Comedy Club & The Village Gate, as well as producing events regularly at The Broadway Comedy Club, Pinks and Absalom & will produce a show at The Copa this October 15th.