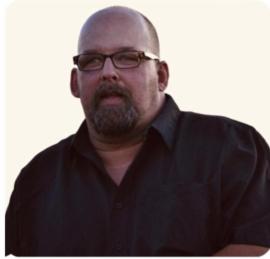 “My father used to tell me, “Son, I love you but you’re an idiot”. Of course, I am exaggerating. He never said he loved me...”


Andy Johnson has been entertaining people nearly his entire life, in one form or another. His first experience doing comedy was a talent show in the 8th grade. “They laughed and I was hooked” he says. He didn’t start doing comedy again until he was in his thirties, but he had been entertaining his coworkers and frustrating his supervisors that entire time. One manager even took him aside and said, “you may be one of the worst employees I’ve ever had, but I keep you around because you’re so damn funny”.

“I still think of myself as a farmer’s kid from Minnesota.” His comedy ranges from absurd insights about his everyday life as the middle-aged father of three strong willed adult children, to his life growing up with his parents on the farm, and everything in between. He can be seen around Northern Colorado and Denver on a regular basis.