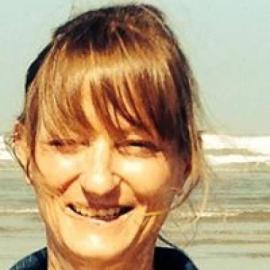 When I was a kid growing up , the one thing I said I'd never do is get married . Well we all learn the hard way . Right?

I did not just marry anyone. I married a Chinese guy from Beijing . No English. Even though I was exposed to Cantonese from a very young age Mandarin was a completely new sound. it wasn't just Mandarin it was Beijing Wah. In Beijing They believe Beijing wah is superior to all other Chinese....After we were married and we were shopping one day. He repeatedly would say, "mai Nigga! mai Nigga!
I walked up to him and said. In Cantonese , hey! you said no English. Who taught you to speak like that . It s rude and someone may hear you." I said, "please stop or mau fan lai . Trouble will come . He said. " mai chezu ." Ooh you buy eggplant. I said don't buy that one "mai nigga" this one!.
I used to think nothing was impossible until I tried to teach him English . Poor guy couldn't hear the vowels and .six , socks, sacks sucks to him was all SEX.
"Have you seen my socks He hear s, "have you seen sex." ! if I said do you hear Sax? He heard , " Do you hear sex?". And then try to listen . If I said . "we will eat 6. He heard "eat sex"! I gave up!
I m a foodie and I love to eat . I'll try just about anything , anywhere. Why not ? I was in a restaurant in Bangkok with some friends. After the waiter took our order my friend jumped up started Slapping the table and yelled "my prick my prick ""She forgot to tell them not spicy. I once had a job in a kitchen. A guys looking for peanut oil but instead of asking for the peanut oil he chases me down the line like a sex offender saying accuse me can you hell me fine penis oil. I. You know the one with the nuts!". When I got busy at my job they would send me some help. Every time a guy would show up and say "can I hell you.?" Thank you but I m already there.!".
On another occasion a guy comes up to ma as I m getting my station ready. "Hey honey how you today?" I reply "How nice of you to ask. I m fine how are you? He says "my ding ding don't come up anymore how you gonna do? I tell him. " I like you and so want to help so out your ding ding on my board and I will take all of you troubles away! "As I raise my10" s of carbon fiber steel. I believe I have discovered the theory of languages it the placement of the tongue in the mouth.. examples of Indian, Vietnamese American English Italian/ Irish.
Please Sign In or Sign Up to add a comment