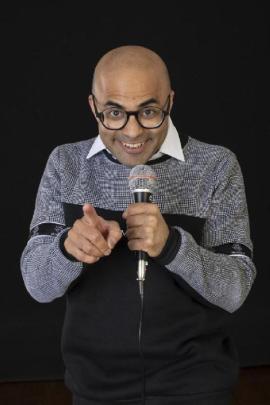 Nee Ridge is a multilingual comedian who has performed in 5 languages. He has played to audiences in Hong Kong, Italy, Spain, UK and USA. His comedy style varies from one-liners, personal stories and character comedy.
He plays a medical practitioner, Dr. Nee, who purports to cure patients with his puns. He can be found on Tiktok, with his side-kick, Patient Lee, who doesn't mind waiting hours in doctors' surgeries.