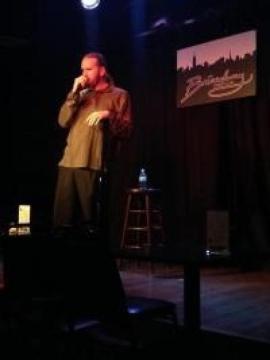 Joseph Conklin blends a mix of observational humor with a surreal point of view on the world into an act rendered by an undeniable presence on stage which can range from clean as a whistle to dark and adult orientated.
Joseph Conklin is a located in the Bronx who has performed all over New York state and NJ/CT/MA. Joseph has performed on and hosted shows at Broadway Comedy Club, Greenwich Village Comedy Club, Levity Live, Stand-Up NY, Eastville Comedy Club, New York Comedy Club, the Brokerage