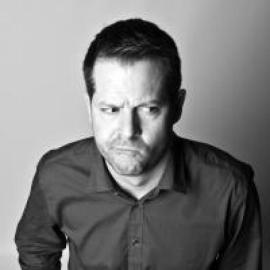 Irish comedian Derek Ryan has performed all across Ireland and the UK and in the U.S. from New York to L.A., in such clubs as The Comedy Store, Spank!, Komedia, Jongleurs, The Best of Edinburgh @ The Pleasance, The Laughter Lounge and The International Comedy Club. He is a regular at comedy festivals such as the Edinburgh Fringe, Kilkenny Fringe, Galway Comedy Festival & The Electric Picnic.
He has written and performed two solo shows, "Mongrel" and "Time Lord" to full houses in the UK & Ire