The Julius Carr Drive-By Comedy Show is an audition showcase for comics to be considered for residency, paid gigs, and guest spots, and other opportunities. The show features special comedic guest from Netflix, HBO, Comedy Central, The Jimmy Fallon show and more! 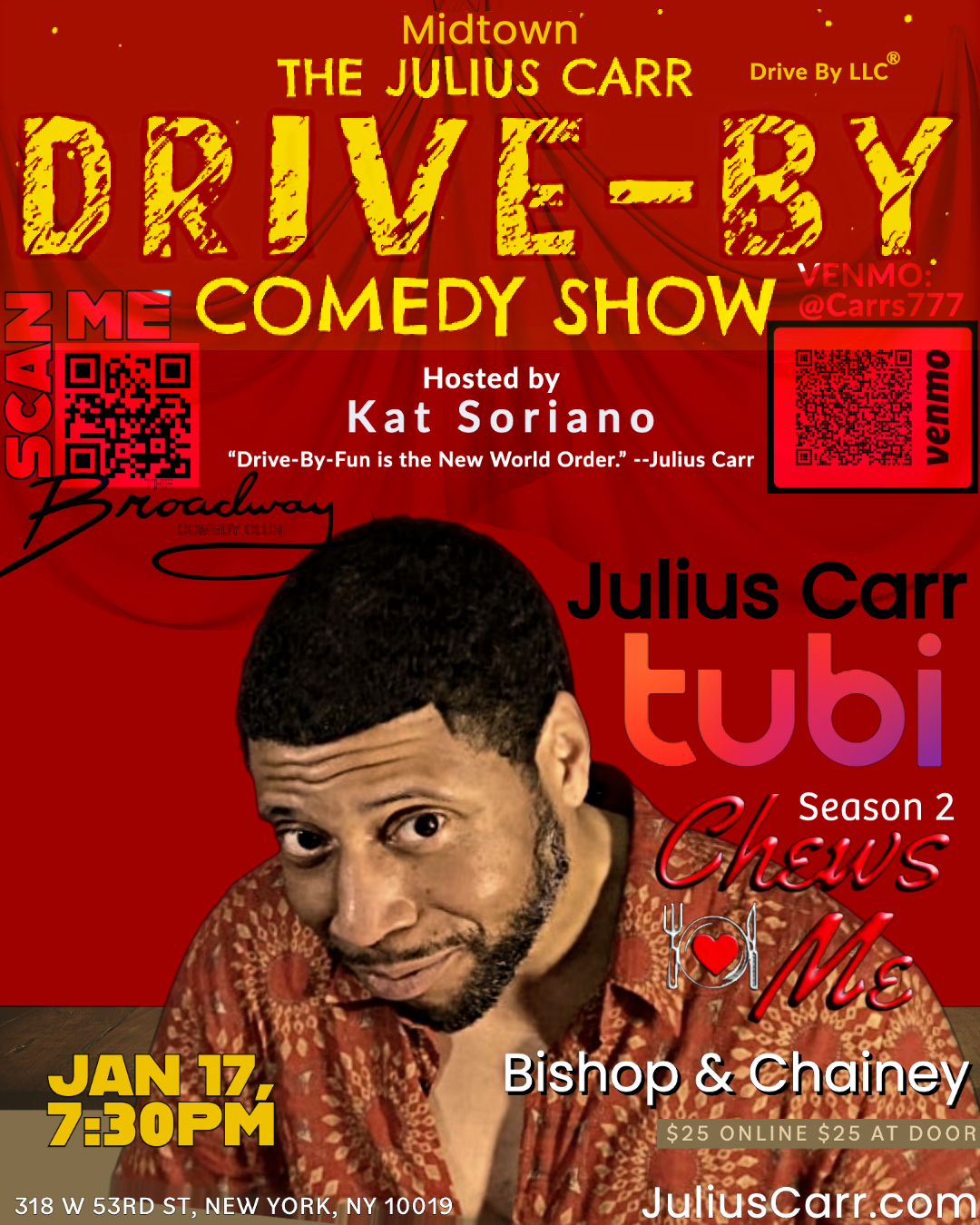