Courtney Maginnis is a comedian and actress based in Brooklyn, NY. She performs standup all over the country and has been a part of the Brooklyn Comedy Festival, NY Comedy Festival, Underground Comedy Festival, Red Clay Comedy Festival and more. Courtney has been featured in sketches for Comedy Central, College Humor, as well as starred in the short film, "The Comedian's Wife" which was an Official Selection for the 2016 Big Apple Film Festival. She has been featured for a story on NPR's Studio 360 as well as appeared on shows for Sirius XM. She is one of the stars of the popular web series NFL Fan Therapy, the co-host of the weekly podcast The Narcisistas as well as a co-host for one of Thrillist’s best underground comedy shows in NYC, “Let’s See What Else” every Wednesday night in the East Village.

Benjamin Nwokeabia aka Benny, is a stand-up comedian of Nigerian and Ethiopian descent. Along with his international heritage, he is well traveled and blends his world experience into his performances. Benny’s witty comedic perspective allows for him to engage with his audience, promising a memorable show. Benny has performed in Mexico, Switzerland, New York City, Denver, and all over Washington, DC.

Farley - A veteran with a combined 45 years in the Army and comedy. Performed and served from the Midwest to the Middle East and in hot spots like Afghanistan and Omaha. EMT magazine gives him 4 chest pumps and Critical Care Journal calls his humor Code Blue! 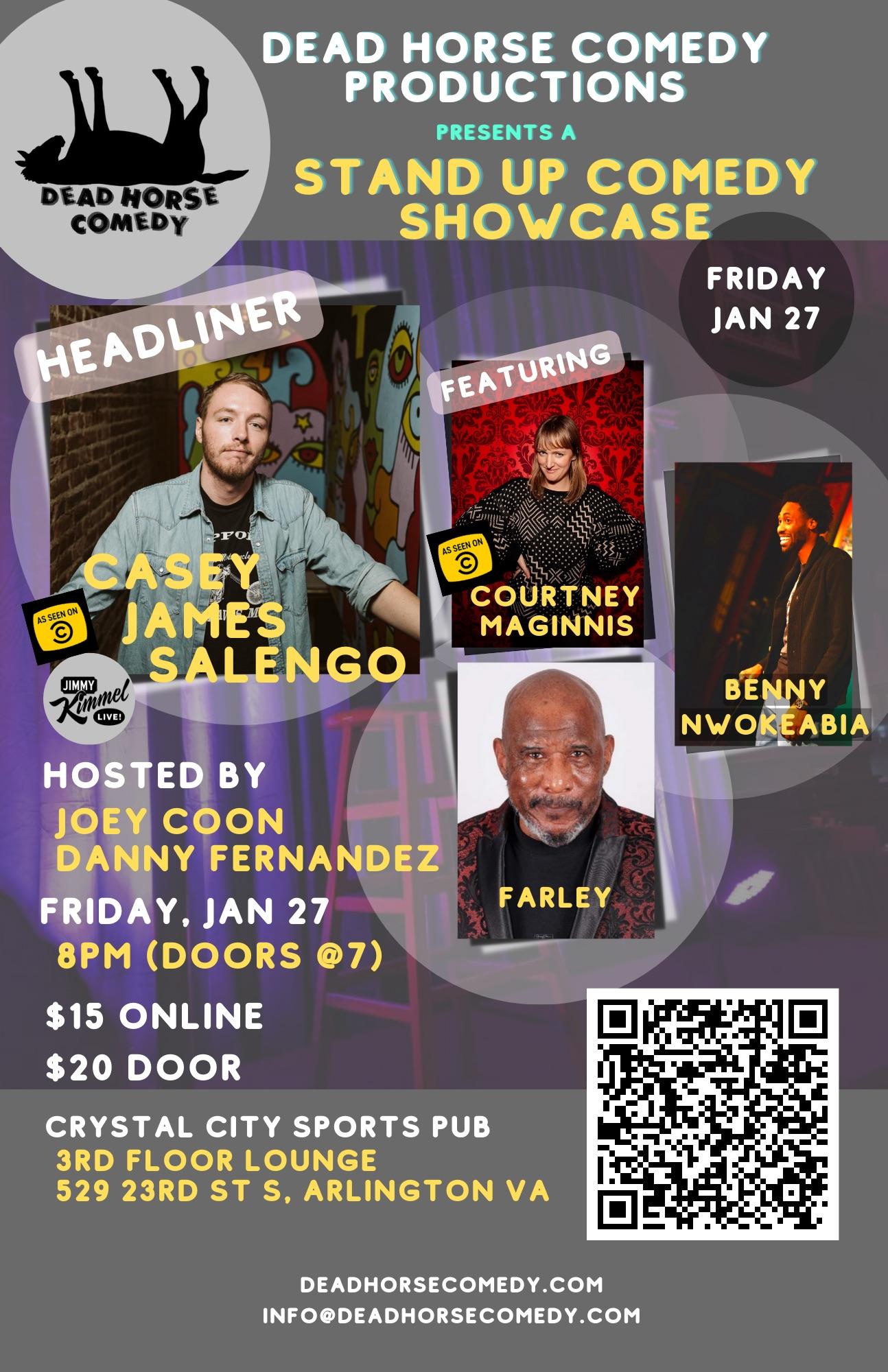